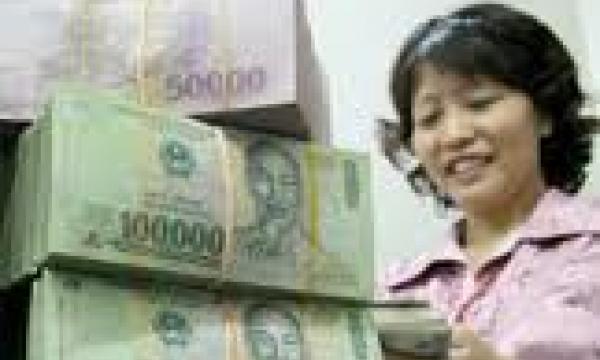 Many Vietnamese banks earn trillions of dongs in 2011

Many Vietnamese banks have announced profits of trillions of dong in 2011 despite the many challenges. However, many banks say that these profit levels are not high in comparison with their equity size.

Pham Huy Hung of Vietinbank said, in 2011, his bank earned pre-tax profit of 8.105 trillion dong, up 76% over 2010. Compared with the previously estimated 8.5 trillion dong, this actual figure was lower, but Vietinbank still won “the champion” in profits in 2011 to date.

Nguyen Ngoc Bao, Chairman of Agribank said that the 2011 profit of the unit was equivalent to 2010’s. In the context of difficulties in business, a bank still keeping earnings high is a good thing. According to him, along with maintaining a good profit growth and liquidity, by the end of 2011, Agribank’s bad debt fell to below 6%, down from 6.67% a year earlier.

Vietcombank has also announced its profits up to 5.7 trillion dong for 2011, up 4% over the previous year. Meanwhile, by November 2011 Sacombank had made a profit of 2.618 trillion dong. Other big banks including of Eximbank, ACB, Military Bank, and Techcombank also expected their earnings at approximately 3 trillion dong or more in 2011.

Some mid-size banks gained profits more modest, but still reached trillions of dong. VPBank representative said, till December 31, 2011, the consolidated pre-tax profits of this bank reached one trillion dong, about 70% over 2010. Yet to set out the goals for 2012, but the VPBank representative disclosed that most of its profits did not come from lending activities.