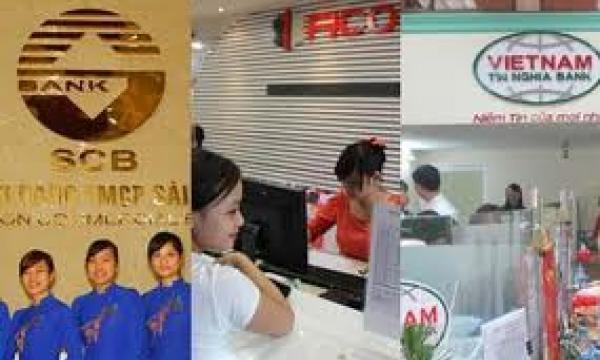 Saigon Commercial Bank, the first merged bank to be formed under the State Bank of Vietnam’s plan to restructure the banking system, officially became operational.

It took one month to complete procedures for the merger.

On December 6, TinNghiaBank, Ficombank, and Saigon Commercial Bank became the country’s first three banks to be merged, and the central bank announced on December 16 that the newly-merged bank would be named after the latter.

The newly-merged bank is now headquartered at 927 Tran Hung Dao Street, District 5, which was also the headquarters of the erstwhile SCB prior to the merger.

Speaking at the inauguration ceremony, Nguyen Thi Thu Suong, SCB chairwoman, said the merger will enable the three banks to fortify their strength in financial ability and operating scale.

With the merger successfully executed, SCB has become one of the country’s five largest banks, with total registered capital worth VND10.58 trillion or US$507.84 million, and total assets worth VND154 trillion or $7.4 billion.

The merged bank will inherit 230 transaction offices and 4,000 employees of the three erstwhile banks.

According to the State Bank of Vietnam Deputy Governor Tran Minh Tuan, the rights of depositors and customers of the three banks will be transferred to the new institution and fully protected.