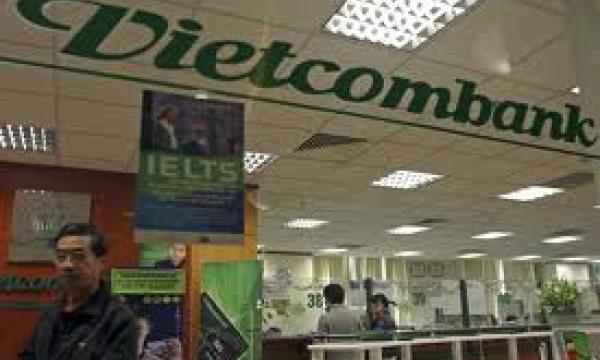 Vietcombank will target a 6.5 trillion dong of pre-tax profit in 2012.

The bank still registered a 17% growth from 2010, despite tough banking competition in capital mobilization, reaching almost 242.3 trillion dong, including 122 trillion dong from individual depositors, up by 23% over the previous year.

Its outstanding loans reached 210 trillion dong, with credit growth rate controlled at 18.5%. Meanwhile, the ratio of its bad debts was under control at 2.1% of total loans.

Also, in 2011, Vietcombank has attracted US$1.43 billion of inward remittances, rising 25% over 2010. The number of customers using its SMS Banking service rose to 1.2 million, and the bank also gained nearly 600,000 Internet Banking customers.

In 2012, Vietcombank aims to control the increase of outstanding loans at 15-17% and strives to achieve a deposit growth rate of 18-20%. The bank has set a target to earn profit before tax at 6.5 trillion dong and return on equity  ratio of 15% and the return on assets ratio of 1.22%. Particularly, Vietcombank has targeted to control bad debt at below 2.8% in 2012.

Nguyen Thu Ha, Deputy General Director of Vietcombank, said: “On the basis of analysis of business environment, and keeping track on the direction of the Vietnamese Government, in 2012, Vietcombank will take the initiative to restructure its system based on the review and improvement of all activities, focusing on completing the 2011-2012 business strategy; and boosting collaboration with the strategic partner Mizuho to create a breakthrough in management and business”.