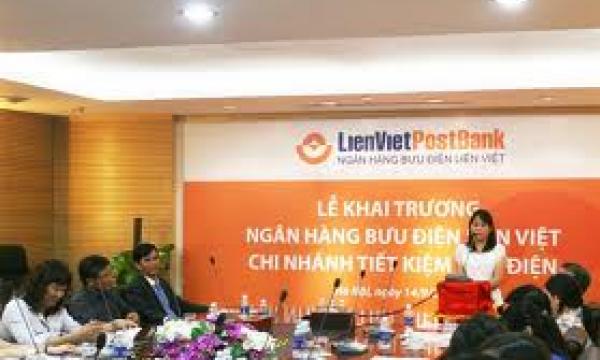 LienVietPostBank has been allowed to increase its charter capital from VND6.04 trillion to VND6.49 trillion by the State Bank of Vietnamthrough issuing 45 million shares to Vietnam Post and Telecommunications Group.

In 2012, the bank plans to continue raising its charter capital to VND8.3 trillion and targets its total assets of VND80 trillion, pretax profit of VND2 trillion and dividend payout ratio of 18% - 20%.

LienVietPostBank currently has a wide network of over 10,000 transaction counters nationwide. The lender’s customers rose 8-9 times after the merger of Lien Viet Bank and VNPost.