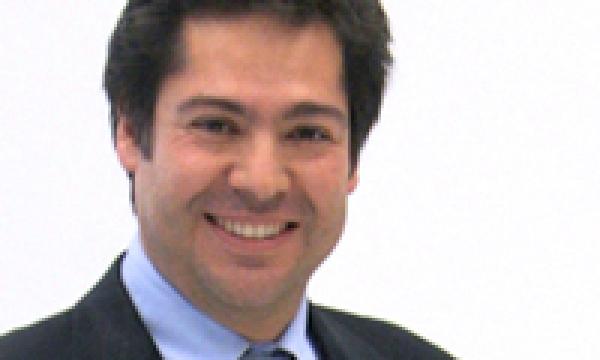 ABIL, the avant-garde of self service experience

Through the ABIL project BBVA has managed to create a completely new self-service banking experience. True to their philosophy of customer centric innovation, the ABIL machine was designed using a holistic approach grounded in user desirability, business viability and technical feasibility.

Although banking needs have progressed beyond simple cash withdrawals, the standard format and the way we interact with automated teller machines (ATM) has not changed dramatically since the early 60’s. BBVA saw this as an opportunity for disruptive innovation by centering the future design of their self-service channel on the needs of the user.

It was not just about adding another function, but rather about creating a holistic experience in order to show customers the delight and value of using technology.
Intensive user research quickly showed that the future design had to match three core principles - it needed to be SIMPLE, FLEXIBLE and most importantly, maintain a HUMAN touch. The goal was to develop a product which was true to these principles, but still live up to expectations of customers for modern technology and interaction.

The outcome of this worldwide initiative, internally tagged “ABIL”, is a radically different self-service concept that started to be created in 2007 and became a reality with first installations in 2009.

The value of co-creation

BBVA has relied on three main partners/providers throughout this Project.
The design and Innovation Consulting firm IDEO conducted a research within BBVA customers and branch employees in Spain, USA and México. Out of the findings of this research, came the guidelines for the design of a brand new self-service channel. IDEO has conceptualized, designed, and guarded the original design intent throughout the construction and implementation phases of the project.

The responsible for creating the new self-service channel for BBVA following IDEO’s conceptual design was NCR, the global technology company leader in ATM and self-service solutions.

Finally, FUJITSU, one of the main leading providers of customer-focused IT and communications solutions, had the responsibility to build the Application for the new self-service channel. That included the development of the business logic, the communications to Host, a user interface layer and the interface to drive NCR’s hardware.

Other providers who had participate have been Microsoft, Intel, The Right Direction and DNX.

A combined team of 125 people; 141.000 man hours of working time gave birth to ABIL, BBVA’s new self-service machine.
ABIL consists of a range of technologies and functions which in combination bring the new self-service experience to life. Just to mention a few:

One Slot: a custom developed unified and therefore simplified interface for almost all physical interaction (notes, passbook, receipts and statements).

90º orientation: a new set-up of the whole machine which offers the user peripheral vision about his environment. That gives a feeling of increased comfort, privacy and security.

Robotic transport system: a complex delivery system which moves and assigns each media to according functions. This system was designed and developed specifically for this machine in order to enable the One Slot and 90º Orientation.

Encrypted large touch screen in portrait mode: the portrait orientation of the screen simulates the orientation of most documents and statements. In addition, it is much easier to shield from outside view.

Interactivity: elements such as the “Hero” character, who acts as a link between customers and The Bank, enable the system to communicate with the user on a completely new level.

BBVA has already installed 16 machines in different bank offices of the center of Madrid and its medium term goal is to continue with the rollout in Spain before expanding to other countries. Initial feedback from customers indicates that this new device might finally be able to increase migration rates and unlock the commercial potential of a self-service channel.

ABIL´s path does not finish here. BBVA is planning to adapt the concept for its use from the car, developing the project Drive-thru, an idea specially addressed to the United States branch of the Bank.
Today, ABIL has been recognized with multiple mentions as The Banker magazine award on Innovation in Delivery Channel Technology; IDEA (International Design Excellence Award) mention and IF Communication Design 2011, among others.
It has also taken part of the exhibition Talk to me: Design and the communication between people and objects, held at the Museum of Modern Art (MOMA) in New York.