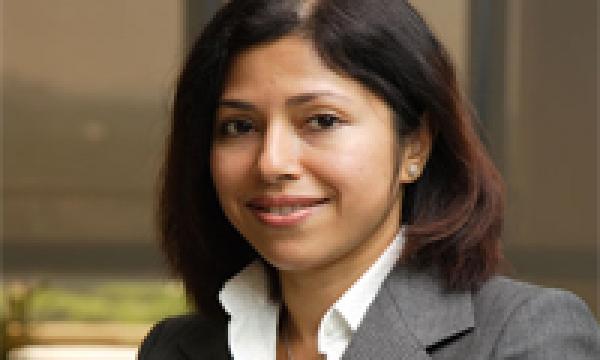 What role do Islamic Financial Institutes have in the Finance world of tomorrow?

The Issue of Choice

In February 2011, KPMG last wrote about the issues regarding the infrastructure and regulation of Islamic banking in Malaysia. In continuing this series on this topic, we will move on to examine Islamic banking’s challenges in differentiating itself from conventional banking in the already crowded market and where the opportunities exist in Malaysia for it to become a truly innovative market leader in certain sectors.

Islamic finance at its heart offers a system of finance for both individuals and companies that are based on principles of Shariah law.

These principles over time have been expanded and have diversified into what we can see today: a full range of both retail and corporate banking products that match the product and services range available in standard conventional banking. By and large however, the direction of Islamic financing in Malaysia has mirrored that of the conventional banking sector as illustrated below.

This has therefore led to a situation where Islamic banks and conventional banks today are competing in the same market space for the same customers and offering essentially very similar products. In an already crowded banking sector such as Malaysia, Islamic banks have placed themselves on the same footing against both other Islamic banks and conventional banks without perhaps fully utilizing the inherent potential that this form of financing can bring to various market segments.

Current service offerings are often benchmarked against conventional banking offerings in terms of rates and risk and financing structures are mainly still debt structured rather than equity structured (Profit/loss sharing agreements) as prescribed in Shariah based finance principles.

Ostensibly, the positioning of Islamic financing as an alternative banking system to some market actors and consumers becomes difficult when the offerings are in fact so structurally and financially similar. Despite some estimates that Islamic banking may reach a level of 30% of total banking assets by 2015, Islamic finance’s high growth rates in the banking sector are partially a displacement of conventional banking rather than the creation and capturing of a previously untapped market.

While Islamic finance has gained prominence in the aftermath of the global financial crisis due to its principles that encourage the financing of real economic activities the challenge is for current players to strike out in identifying a niche in the present market.


The call for greater innovation in Islamic banking purely stemming from the banks themselves however, fails to take into account the restrictions that regulatory bodies have placed on the banks which are not designed to fully incorporate and integrate the unique nature of their Shariah based business transactions and models.

Regulations on items such as capital ratios for issued debt typically take a global view which at times has been an impediment to the development of truly unique and viable Islamic banking products which are equity based.

The potential for profit and loss sharing based Islamic banking concepts (Musyarakah and Mudharabah) becomes quite clear when market segments and the current financing needs of the Malaysian market are analyzed.

Historically, Musyarakah and Mudharabah have been slow to take off due to perceived risk of banks being faced with covering losses from their partner businesses as well the possibility of default on sums borrowed. This extra risk coupled with lack of knowledge on regulation on how standard items such as capital adequacy ratios should be calculated, which accounting methods should be used and the relatively longer term nature of Musyarakah and Mudharabah agreements have been a major deterrent to their advancement as a widely used service offering amongst Malaysia’s Islamic banks.

A further look at the market needs of Malaysia’s financial scene however reveals certain market segments which could prove to be both viable and very receptive to the partnership based financing of Islamic banks.

Willingness on Islamic banks behalf to delve into market needs and trends reveals a particular need for their services in the entrepreneurial and SME segments of Malaysia.

A review of funding sources for SME enterprises by Bank Negara in 2005 revealed that despite contributing 32% of total GDP, only 16% of SME’s received funding from a financial institution such as a bank or other formal organization. Apart from own money which has been saved, the rest of this shortfall is made up by borrowing from family and friends (34%) as well as other sources (27%) which includes local money lenders and loan sharks.

Micro enterprises as a sub category of SME’s with under RM 250,000 turnover or under 5 staff, are even less well represented by financial institutions; only 13% sourcing funding from them despite micro enterprises making up 80% of the enterprises in Malaysia.

It is clear that funding for start up operations for SME’s is under served by current conventional banking means and the extra constraints that have been implemented by banks after the recent credit crisis has only made access to these financing channels even harder. Islamic banking with its equity based partnership schemes can offer a truly workable alternative to conventional banking and its standard interest based offerings.

Entrepreneurs in businesses ranging from hi-tech start-ups to traditional trade represent a true viable opportunity for Islamic banking to fill the gaps where conventional banking does not reach.

Players with the capital and expertise in developing companies from incubation phase to maturity phase are fewer than would be expected for a nation that has aspirations of becoming a hi-tech hub. Even if PE and VC activities were to scale up in the future, Islamic banking has currently more visibility and is in a better position to fill this financing gap immediately.

Through correct promotion of its services as an open to all potential business partnership delivered through its equity based services, Islamic banking offers a very attractive set of financing options to those who are in need of either seed funding or further funding for expansion of operations.

Many who see high interest rates as the main deterrent to sourcing finance from conventional banks may see the profit and loss sharing system as a fairer and perhaps ultimately more sustainable solution.

Transformation from a Banking Entity to a Universal Financial Institution

The shift for Islamic banks to change from their current status as merely banks into universal financial service providers is perhaps a natural progression in their development. Islamic banks are licensed as universal banks under their Islamic banking license whereas conventional banks are limited to separate licenses for each activity e.g. retail and wholesale or investment banking. This change in the model of operations for banks to provide full services for the two financial service arms requires:

a) New systems and thinking. Business opportunities in the form of partnerships must be looked at from a more holistic standpoint which not only takes into account the potential profit from this venture, but also sets new standards upon which decisions should be made.

b) Internally, banks must recruit talent who are skilled and have experience in the assessment of SME business viability as well as more specialized industry specific teams with deep practical knowledge of market situations in the industries their potential business partners may be operating in. Experienced individuals from the VC and PE industries who are familiar with Islamic banking principles could also fill in the skills gap while these skills are being developed for syariah compliant entities. The development of these business units would require time to reach maturity and efficiency.

c) External changes must also be accounted for in the form of regulations which are flexible enough to account for these new style partnerships en masse, while also at the same time providing an adequate and clear governance framework which would adequately defer excessive risk taking on both parties. The Securities Commission has guidelines on Islamic venture capital; however legislation to regulate the PE and VC industry as well as incentives is needed to encourage the growth of the industry.

d) Market awareness and confidence building need to go hand in hand until such a time when the market is familiar with and begin to consider such profit and loss sharing arrangements. It would therefore largely remain as the domain for entrepreneurs and SMEs only.

e) A key requirement for IFIs to continue to be viable and yet compete effectively is to manage the risk that goes with such profit and risk sharing arrangements. IFIs would therefore need to employ better risk management practices to price more effectively.

If Islamic banks were to follow this development path they could fill an important role in supporting the Economic Transformation Program (ETP) in several ways. Financing of SME’s would bring capital and advancement to many of the designated NKEAs of the program and development of Islamic finance products itself is also stipulated under the financial services category.

The benefits to society as a whole from Islamic banking can also not be overlooked. By offering an alternative interest free financing route, clear possibilities arise for development in areas such as microfinance for the most needy in the nation, allowing currently struggling families’ access to the initial capital that they may need to begin a meaningful small business.

Islamic Financial Institutes (IFIs) could play a key role in assisting to eradicate poverty and consequentially lifting overall GDP and living standards in the nation.

The more intrinsic values of Islamic banking as being a more morally sound and sustainable form of banking makes it an ideal partner for “Green” investment concepts (Investment only in organizations who contribute internally to sustainability and environmental issues) which have recently started to take a foothold.

A potential ethical banking partnership of the moral based and environmentally sound foundations of the two could even prove to have more convincing buy in capability for socially aware customers in the market. Islamic banks however are not to be labeled as charitable organizations which are not financially viable.

Bank Rakyat since its conversion into a full fledge Islamic banking cooperative in 2002 has sustained impressive historical profitable returns as well as maintaining their aim of 15% dividend payout to their shareholders. The financial foundations and concepts upon which Islamic banking is based, has therefore proven to be financially viable as a competent business when looked at from conventional definitions and standards.

Springboard for Malaysia into a global Islamic center

The advancement of Shariah based Islamic banking services could become a key driver for propelling it into a truly recognized force within finance, not just at a Malaysian level but also at an international level, making this one of the key ingredients needed for the much vaunted Islamic banking hub to finally emerge from.

Islamic banks could become true international financial institutions such as the largest conventional banks have become today. The benefit of an alternative global banking system which possesses notable moral and social obligations comes at a time when belief in the conventional system is possibly at its lowest in recent history.

The opportunity for Islamic banking to fill in the gaps and in some cases replace the traditional system now stands before it. In order to progress to this level however, it may require IFIs to take the less trodden path that is not without its challenges.