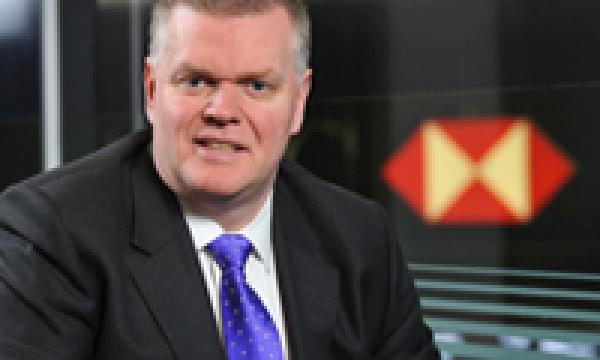 Find out what Asia’s heads of business banking including HSBC’s Noel Quinn, UOB’s Eric Tham and Macquarie Securities' Ismael Pili have to say about the EU crisis and Asia’s banks.

ABF: How does the sovereign debt crisis in EU affect business banking in Asia?

HSBC: Noel Quinn, Group General Manager Regional Head of Commercial Banking
“Over the last few months, weak demand from Europe has led to an export slowdown in Asia and this is likely to continue given the economic uncertainty in the developed world. But we don’t see any evidence at this stage of a liquidity crunch such as we saw in 2008/2009 impacting trade finance. What we are seeing in terms of trade activity is an adjustment in orders from some buyers in Europe and the US, not a halt in activity.

The other risk that Asian businesses face as Asia’s recent growth has become credit intensive is the possibility of a disruption in the flow of credit, which in turn could affect local consumption and investment. European banks lend about three times as much as US banks, a ratio that has held steady over time. Also, total lending by European banks have reached US$1.5 trillion, about 20% higher than in mid-2008. According to the Bank for International Settlements, the share of European bank lending to total credit in Asia is around 20%.

There is some early evidence of European institutions tempering their appetite for certain types of lending, such as syndicated deals that may be rolling over and to a certain extent, trade finance. We see that as an opportunity for HSBC to increase our penetration into our important client base. For instance, we are still planning to grow our trade-related assets throughout Asia. Having said this, we believe that Asia’s financial systems are fundamentally strong and local financial institutions have adequate liquidity and capital to offset the withdrawal by European banks and mitigate the risk of lending costs spiraling out of control.

Macquarie Securities: Ismael Pili, Head of Financials Research, Asia
Typical concerns are direct exposure to EU debt. We estimate the biggest exposure are with the developed markets of Singapore and HK, although the amount is extremely small. The maximum, and I underscore maximum, exposure is with Singapore banks equivalent to 6.5% of total assets and HK banks at 6.2% of total assets, and I wouldn't say this is a worry.

The other concern regarding the European situation is whether there could be a credit crunch in Asia. We don't think that will be the case. European banks are deleveraging and some are likely withdrawing lending. However we think that the vacuum will be filled. The US banks, such as Citigroup, as well as other local banks are stepping in, while HSBC sees it as a market share opportunity.

UOB: Eric Tham, Managing Director, Head of Group Commercial Banking
“Global market volatility and uncertainty is expected to persist in 2012. However, most Asian countries can still expect a bright economic future even though the pace of growth will moderate.

The global trend of economy gravity shifting to Asia presents growth opportunities in and across the region. In 2010, Asia accounted for 29% of the more than US$1.2 trillion Foreign Direct Investment (FDI) invested globally1. Based on the momentum of growth over the past four years alone, FDI in Asia is expected to reach US$760 billion by 2013, which accounts for 40% of the world’s total FDI.

As part of this global trend, Southeast Asia has become a business beacon due to its many high-growth markets, large pool of resources and strong demand base. Singapore is in a unique position for companies developing an “Asian Strategy”. Singapore is a natural choice for many in view of its investment-friendly environment and close proximity to countries including China, India and Indonesia.

Recognising this opportunity, UOB set up an FDI Advisory unit comprising a dedicated team to provide a full range of services for mid-sized foreign companies expanding into Singapore and further into Asia. In fact, we are now seeing an increasing number of customers require borderless banking and financing services when they expand their business from city to city and country to country. In June 2011, cross-border lending made up approximately 15 per cent of the UOB’s total corporate loan book. We expect it to double it in the next three years in line with business demand.”

To contact the journalist, you may send your email to roxanne@charltonmediamail.com