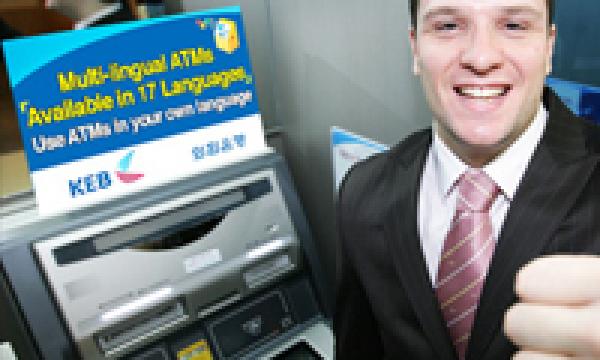 The lender boasts of its Easy-one Foreign Exchange Transaction Service that aims to eliminate as many banking inconveniences.

KEB officials say that they take particular pride in their “Easy-one Foreign Exchange Transaction Service”. This service enables foreigners to conveniently exchange Korean won into their own currency or transfer it to their overseas accounts using automated teller machines (ATMs). About 200,000 foreign customers take advantage of this service, which is registered as a patent.

The Rainbow Package permits some 30,000 customers to use the debit card plus banking account product, which comes with a 5 percent discount for subway and bus fees.

KEB aims to eliminate as many banking inconveniences as possible for foreign executives, employees, and their families while they stay in Korea, bank officials said.

The lender has developed its portfolio of expat-oriented products and services, which includes online banking in English, multilingual ATMs, English-language call centers, documents and applications in English, the Expat Account, and the Expat Card.