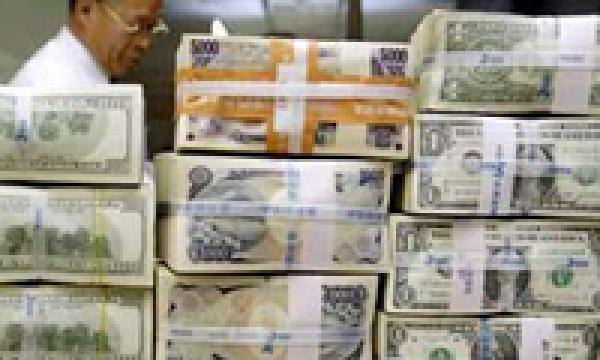 Decreased growth said to show the depth of unease created by debt fears in Europe and the weak U.S. economy.

Data released Friday by the Chinese government illustrate the depth of unease created by debt fears in Europe and the weak U.S. economy, which spurred investors to park their money in safe havens and eschew even China's strong growth.

Still, the data is likely to be welcomed by Beijing, as it could help policy makers grapple with inflation, as well as international pressure to allow faster appreciation of the yuan.

China's foreign-exchange reserves grew by just $4.2 billion in the third quarter, compared with $152.8 billion in the second quarter. In September, they fell by $60.82 billion, the first decline since May 2010 and the sharpest monthly decline recorded in data that go back to 2002. The outright fall in reserves could indicate that investors were pulling money out of China during a period of unusual volatility in international financial markets.

"As fluctuations in international markets rose, risk aversion intensified, and inflows of short-term capital likely slowed," economists from China's Bank of Communications said in a note.

When foreign capital enters the country, the foreign currency must be exchanged with the People's Bank of China for yuan, thus adding to the central bank's stockpile of foreign exchange. When capital leaves the country, the process is reversed, shrinking the reserves.

View the full story in The Wall Street Journal.