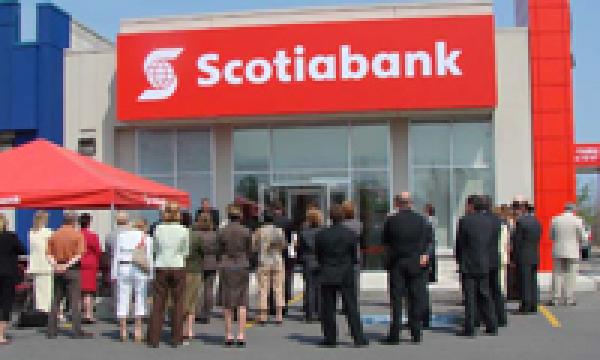 Scotiabank on its way in Asia expansion

The bank’s meager exposures in international areas gave is among its areas of strength.

While based in Canada, Scotiabank has a business perspective that is firmly international, with operations in more than 50 countries including the Caribbean and Central America, Mexico, Latin America and Asia. In 2007, Scotiabank acquired 24.99% of Thanachart for 7.1 billion baht ($232.51 million), and two years later doubled its stake to 49% with an additional 7.7-billion-baht ($252.03 million) investment. Now Scotiabank and its affiliate Thanachart are positioning itself to take on the country's largest banks after completing a merger with Siam City Bank earlier this year.

Has the European debt crisis affected Scotiabank's operations or profitability? How is the bank handling this?
While we are not immune to the volatility in world markets, we have very limited exposures in international areas of concern. In contrast, we are well positioned in areas of strength _ Canada, Central and South America and Asia. And that includes our partnership with Thanachart Bank in Thailand.

We expect to continue to deliver sustainable profitability and growth, which makes us confident of our future and of generating a solid performance in 2012.

Is Scotiabank planning to adjust its business strategy and investment policy globally as a result of what is happening around the world?

We are confident in our network of more than 50 countries and the investments that we continue to make both in Canada and internationally. Scotiabank makes investments for the long term and we remain pleased with those we have made. In fact, we continue to invest for long-term sustainable growth and last month, we announced a $719-million investment to acquire a 19.99% stake in the Bank of Guangzhou, a leading bank in Southern China, which will add to our earnings in 2012.

This month the integration of Thanachart Bank and Siam City Bank was completed, positioning the bank for further development as new products and processes are introduced. Thanachart Bank now has the fifth largest branch network in Thailand and is well-positioned, with Scotiabank as a partner, to continue growing.