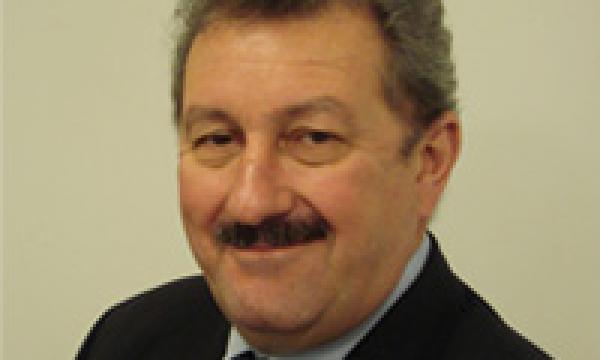 Asia Pacific: rapid growth in fast payments
The Asia Pacific payments market is sometimes seen as slower than that of the west. Despite this, the region is changing rapidly, with new developments in areas such as mobile payments and workers remittances. Richard Davies, Logica’s Asia-Pacific director, takes a view from the ground, and discusses how institutions in APAC are innovating in high speed payments.

Speed in the east
In the west, speed is king. With the rising popularity of instant communication methods, such as email, twitter and text messages, consumers – be they retail or corporate – are increasingly demanding that their banking services are delivered in an equally expedient manner. Asia Pacific, however, with its all too often siloed financial infrastructure, is often viewed as slow and less advanced.

If you take a view from the ground, though, and look at the drivers and achievements of payments providers in the region, you can see that there is much to be learnt from recent movements in Asian payments.

Advanced economies, innovative technology
Asia Pacific contains some of the most advanced countries in the world, such as Australia, New Zealand and Japan. In these countries, much as in Europe and North America, consumers are looking for high-speed banking services as a standard. Financial institutions have heard this call and are moving to enhance their payments mechanisms to meet these demands.

In New Zealand, financial institutions have been modernising their high-speed payments infrastructure. For example ANZ, New Zealand’s largest bank, implemented a new payments system a few months ago, allowing it to have a centralised hub for processing high volumes of micropayments expediently. The bank then launched its GoMoney application for smartphones – allowing consumers to send money to each other using their mobile phone number. Applications like this certainly tap into the trend of instant communication and are proving popular – GoMoney, for example, was downloaded over 30,000 times on its release day.

Emerging markets, developing trends
The success of mobile payment applications is an indicator of the popularity of mobile in APAC, with the region leading the way in mobile uptake by many metrics. Mobile payments are not just driven by those in developed countries, though. Due to their increasingly low cost and the widespread reach of mobile networks, mobile phones have become a primary banking tool in emerging markets. In many ways, rural populations in less advanced Asia Pacific countries such as Vietnam and the Philippines have leapfrogged the traditional regional branch-based step of banking and moved directly from a cash-based financial system to using high-technology solutions. According to analyst house Gartner, the number of mobile payment users in APAC continues to grow rapidly, moving 42 million in 2009 to 63 million in 2010 – resulting in the region accounting for 58% of all global mobile payments users.

This banking platform expansion brings with it a raft of new opportunities for financial institutions looking to offer micropayments solutions, especially when it comes to workers’ remittances. Currently, remittances are passed through key corridors of countries, most often via costly wire transfer agencies. While many institutions have operations in the relevant countries, these are often siloed, and so transferring money through them is not always possible. Institutions who wish to tap into this market would do well to implement a single payments solution for all of their various regional operations, and use this to offer mobile payments services to remittance customers.

It’s also important to keep the relative speed of these payments in mind. In order to create a competitive offering, institutions would not need to offer instant payments, and make the relatively large infrastructure investment that would entail. Being able to offer a relatively low-cost mobile solution that can offer transfers in, say, a day would massively boost convenience for those who currently have to traverse miles, maybe having to spend nights away from home, just to pick up a payment.

This rapid growth in the demand for high speed mobile banking solutions has caught some Asian banks, still using legacy systems and processes, unawares. This is compounded by increasing numbers of emigrants in the region requiring international transfer services. According to the World Bank, while global remittance volumes overall dropped significantly since 2008, those in Asia Pacific actually grew during the financial crisis, and are predicted to move from $173 billion in 2010 to $191 billion in 2012.

Meanwhile, payments volumes across the region are exploding – with India predicting a rise in high value RTGS payments from 700,000 to 5 million a day over the next 10 years. Those who are upgrading are also being challenged by the duality of the Asian payments market. Even when putting in place a modern payments system, banks still are required to support legacy instruments such as cheques, which are still widely used in the region particularly by corporates. The challenge for both banks and vendors at this stage is to update systems in such a way that enables banks to deal with the both existing paper-based processes and new 21st century requirements.

Relative rapidity
Ultimately, viewing the challenges and opportunities in high speed Asia Pacific micropayments through local eyes, and realising the wild variations present in the region, is vital. ‘Fast’ can mean the blink of an eye in Hong Kong, while in Vietnam it can mean anything speedier than a 50 mile round trip to the nearest bank branch. Institutions who manage to find the economy of scale and efficiency benefits of a pan-regional infrastructure, while maintaining a specific understanding of their local markets, will thrive.

Richard Davies is the Director of APAC, Logica.